A Fascinating Study on Mexican Immigrants Who Can’t Speak Spanish

Picture a Mexican immigrant, and several images generally come to mind. The average American might imagine tacos and his or her gardener, for instance. To this, of course, would be added the ubiquitous sound of Spanish. Almost every American links Hispanics and the Spanish language together. There is reason for this; after all, most Hispanics do have origins from countries which are Spanish-speaking. With regards to Mexico, Spanish is indeed the national language. It would not be, and is not, unreasonable to assume that the typical Mexican immigrant speaks Spanish.

What happens, however, when those Mexican immigrants can’t speak Spanish?

The result is the topic of a fascinating study titled “Indigenous Mexicans in California Agriculture.” This study was “a partnership between a group of farm labor researchers and the Indigenous Program of California Rural Legal Assistance.” It is a fascinating and informative read, and I highly recommend it for anybody curious.

The Mexicans that the study examines are indigenous Mexicans – the descendants of the Aztec and Mayan civilizations conquered by the Spanish. Much like Native Americans, “Native Mexicans”  suffered enormously under their European overlords. Unlike the Native Americans in the United States, however, the indigenous peoples of Mexico were too powerful and numerous to be wiped out altogether. More than ten million indigenous Mexicans still reside in the country.

Like African-Americans in the United States, these people have suffered tremendous discrimination ever since the Spanish conquest. They traditionally have occupied – and continue to occupy – the lowest rung of Mexico’s social ladder. They are poorer, often much poorer, than the typical Mexican. Many reside in remote villages with terrible road connections. Many also speak only their indigenous languages and have trouble speaking Spanish, the national language of Mexico.

In recent years, many indigenous Mexicans have begun immigrating to the United States to work in agriculture, especially in California’s Central Valley. These are the people whom the study examines, and there are several very interesting notes in the study.

Firstly, the unfamiliarity of some indigenous Mexican-American immigrants with speaking Spanish (let alone English) greatly hurts them. It is somewhat arresting for a person to imagine Mexican immigrants unable to speak Spanish, which is why the study is all the more fascinating. These lead to some very remarkable situations. As the study states,

Some complained of outright discrimination due to the inability to speak Spanish well.  One 60-year-old Triqui-speaking woman in Greenfield complained that the foreman waved her off pretending like he didn’t understand her when she complained in broken Spanish that he was undercounting her pounds picked.   Another 54-year–old Triqui in Santa Rosa complained that other workers and foremen made fun of his Spanish language skills humiliating him in front of other workers.

Due to their weakness on Spanish, some medical clinics in Central Valley have started to hire interpreters with knowledge of indigenous languages (such as Mixteco). This is obviously complicated by the fact that there are multiple indigenous languages. The task is also made difficult because certain medical concepts simply don’t exist in the native language. The study furthers describes this problem:

In Oxnard, one highly accomplished interpreter who is trilingual in English, Spanish and her native Mixteco explained that there no words in Mixteco for numerous medical conditions such as asthma, tuberculosis, anemia and diabetes. As for women’s health, there are often no terms for certain body parts, particularly those relating to the reproductive system, or for procedures such as, for example, a cervical examination.

This is another quite remarkable situation that the study uncovers.

All in all, it is clear that these immigrants face a tremendous challenge. Indigenous Mexicans are on the bottom of the social rung in Mexico. Just imagine their social position in America – a country much richer and more powerful than Mexico. They are the lowest of the low here.

And yet, for all that, it is clear that indigenous Mexican immigrants are still much better off in America than in Mexico. The study spends much time talking about the poor conditions these immigrants labor in. For instance, almost none own houses; most rent extremely crowded, subdivided places. Here is one such picture of an overcrowded, ill-maintained residency: 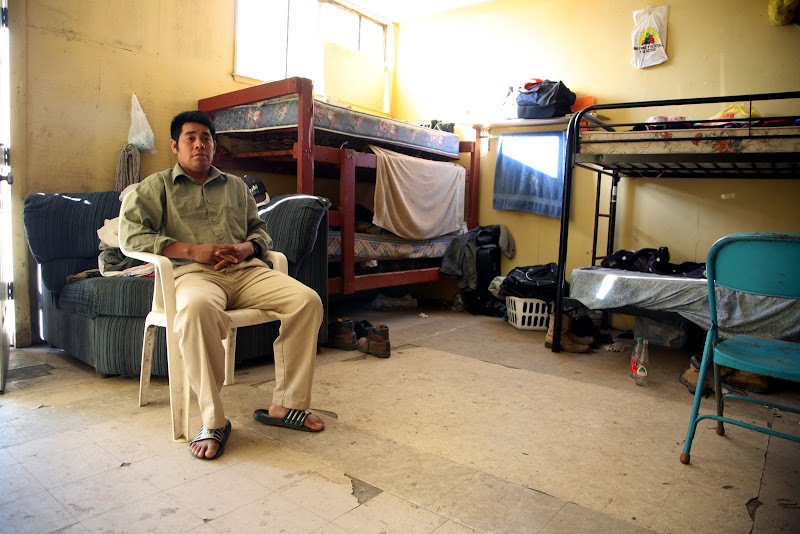 By American standards, this is obviously a very hard-off residence. The immigrants who occupy it are obviously poor. The image is, indeed, meant to convey shock about the poverty of indigenous Mexican immigrants to respectable middle-class America.

Yet compare these conditions to the ones found in Mexico: 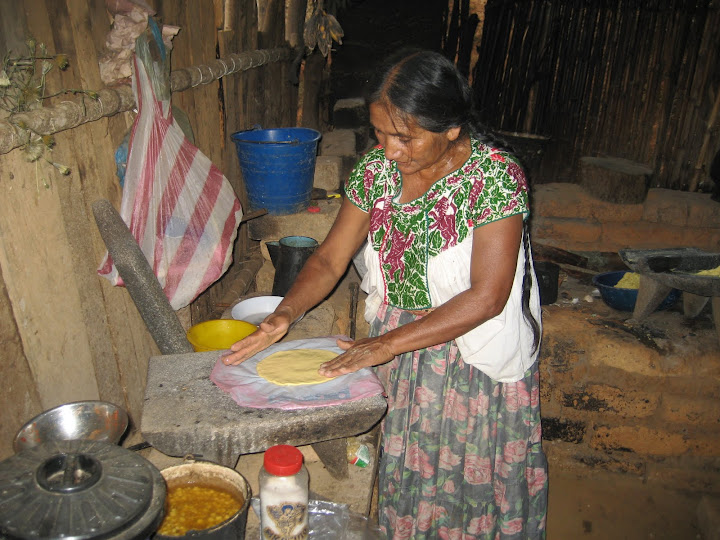 By these standards, the “poverty-stricken” immigrant in America is living in paradise. America is just so much richer that even the poorest of the poor do much better than poor Mexicans. That is, of course, why these indigenous Mexicans are immigrating to the United States. It would take something on the magnitude of the Berlin Wall to overwhelm that enormous incentive.